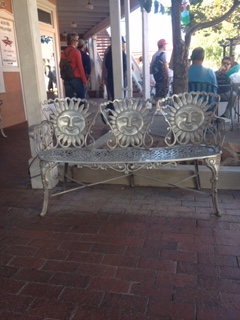 There is always a gathering of some kind. Jesus said, “Where two or three are gathered in my name, I am there.” Centuries later some wag wrote a book called “Where Two or Three Are Gathered Together, Someone Spills the Milk.” The truth about living our journey of Spirit is that it is always done in the company of others, and sometimes it feels holy, and other times it feels anything but.

This week where I was gathered with two or three:

Yet in those and other gatherings there were some sacred moments as well:

I am musing these days on my journey of Spirit on the ground, which is to say, in my friendships and in my attempts at community. Susan Phillips in her book, The Cultivated Life, (IVP Press, 2015) lists attending to friendship as one of the essential practices that nourishes that journey. The actions that incarnate that practice are : Receiving, self-disclosure and empathy, cultivating insight, calling by name, accompanying through thick and thin, and celebration. As I read them, I think “how hard can that be?” until I look at the ways that I either invite, neglect or reject friendship in my life. Then, I am stunned with how quickly the lists of the hurts and slight arise, as if to warn me off of further risks in friendship. With too much ease I can recall being dropped from a friendship, being slighted in a conversation, feeling wounded at a cavalier remark. And I confess that forgiving generically is much easier than forgiving in particular.

Where to start! I think I need to begin (again!) with some tough realities:

With those truths before me, I muse on where I am being called to tend my friendship garden right now. Some of the actions that Phillips lists are habitual with me already. However, I can become more attentive to “Receiving,” less wary, less defended and skeptical. I  addition I can risk expanding my “trusting self-disclosure” to my well-developed empathy. In this time in our world and in our Church, the biggest call may be to cultivate insights into the multi-layered worlds of another–to listen to another’s tales of beginnings and roads of discovery. What I hear will also lead me, with my cooperation, to greater compassion and greater celebration.

Where two or three are gathered together, the Holy One is present. I am cultivating sensibilities to see and to hear that every time I gather with others.

2 thoughts on “When Two or Three Gather”