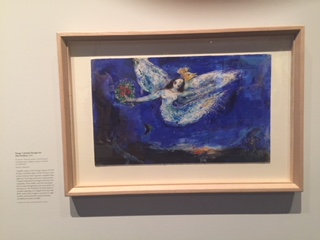 I have begun Advent in Hope, but am deeply aware of all the sorrow swirling around me. I have been  for weeks now. It has shown up in all shapes and sizes among the people I know and love: the loss of a spouse for one longtime friend, the failing of another body part in someone else, the ending of traditions of many years because of circumstance, and more tragically, the continuous pouring out of the failure of human beings, personally and politically.  So I grieve, for that which has been lost, for that which has been broken, and for the allure of despair that can accompany grief in some of its stages.

When I think about the familiar characters in the stories of the Advent and Christmas season, I see that many of them were acquainted with sorrow in their participation on the events of the season we now celebrate. Mary was unexpectedly, inexplicably pregnant, with a fiance willing, possibly eager, to divorce her. Joseph felt betrayed, with no clear idea what to do next. The Wise Ones from afar seemed to be charged with the need to find a solution, a truth, to the searching of their minds and souls. And the Church marks with deep sorrow the slaughter of the innocent ones after Herod’s insane rampage in killing all the infant boys born, who threatened his imagination.

I can and do connect with those sorrows. There is sorrow in the child that appears, no matter what age or stage, that seems to require something more from us than we are able to provide, or with whom we are ill-matched. There is sorrow in marriages and partnership when illness or grief strikes a loved one. There is sorrow in so many who have been faithful to the ideals and the principles to which their lives have been committed, only to find that now all the rules, sensibilities and specs have changed. And our lamentation is deep and wide when we witness the brutality and callousness and dis-empowering of so many vulnerable human beings, in our own neighborhoods and in our nation and the nations all around the globe. In this “bleak midwinter” of our world’s history, we grieve profoundly, even as we look for some Light that will show us how to participate in its healing.

I began Advent with a trip to the local art museum where there is a stunning exhibit of the work that Marc Chagall created for ballet and opera. Colorful, provocative, enchanting, each figure and background set forth imagination and energy, but also each one carried a shadow, the sorrow to be found in the work for which it was created. Even in “The Magic Flute” by Mozart which delights with humor, with wit and intrigue, in the midst there is sorrow, an intimation of which I found in the backdrop (pictured above) that opened the opera, “wings of sorrow,” lurking even in the starry sky. I am comforted with the depiction.

I also began Advent reading Father Gregory Boyle’s new book Barking to the Choir in which he regales his readers with story after story of the tears of tragedy that is the daily fare of the “homies” with whom he works. The stories are unimaginable to some of us who live comfortable lives. A friend of mine said, “I laughed, I cried, I laughed, I cried, over and over.” Yet it is a book about Hope, even in and through the sorrow.

I am challenged to give place in my life to the sorrow that is part of who we are, where we are in this time in history. Sorrow is a constant thread of life, not strange, not the result of something bad, just life on this earth. But it is not the only thread, nor the last word. I acknowledge the sorrow, grieve it whatever way is right for me, and leave room for Hope to come in. Not a bad way to begin Advent!

1 thought on “Wings of Sorrow: Advent I”